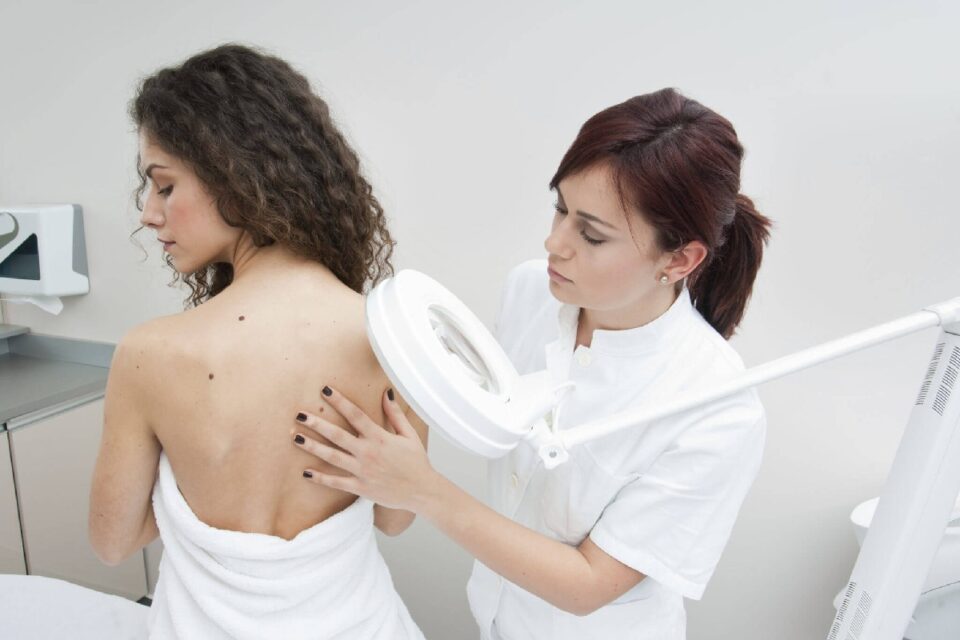 When exposure to the sun is continuous at times of the year, we must take greater precautions to avoid the appearance of melanoma.

Melanoma is a malignant tumor that derives from the cells that give the skin its color: melanocytes. It is a potentially serious cancer if it is not diagnosed and treated in the early stages, so early diagnosis is extremely important. The incidence of melanoma has increased enormously in the last 50 years, particularly in sun exposure and tanning, especially in countries with high solar radiation and a population with fair skin.

How is it produced?

Cancer production mechanisms are complex and include many factors, both genetic and environmental. The main cause of melanoma is uncontrolled sun exposure on very fair skin. The sun exposure that implies the greatest risk is constituted by burns or intense and punctual sun exposures during the first years of life, recreational or vacation sun exposure.

Indiscriminate exposure to UVA rays from tanning booths should also be considered a risk factor. Cancer can affect young people. It is critical to diagnose it early before it has spread, as it causes a high mortality rate.

Can it be prevented?

The best prevention is sun protection. Campaigns directed at the general population warn about indiscriminate exposure to the sun, especially in people with fair skin, many freckles, or a family history of melanoma. Sunbathing should be avoided in the central hours of the day, and sunscreen creams or lotions should be used correctly.

Photoprotection is especially important in childhood. Even for those with a high protection factor, sunscreens’ effectiveness is limited, so physical protection should also be used with wide-brimmed hats, caps or shirts made of suitable fabrics that do not let light pass through.

This is especially important in the summer season, in the hours of greatest sunshine, in places such as the beach where the reflection of light on the sea and the sand increase irradiation, and at high altitudes (high mountains) where the filtering of light because of the atmosphere is less. Likewise, everyone should learn to self-examine their skin.

Looking for new freckles, different from the others, meets the ABCD rule of asymmetry, uneven edges, different colors and a diameter of more than 6 mm. Attention to an area that we do not usually explore, such as the sole. At the slightest suspicion of melanoma, the patient should be seen by a dermatologist.

Does melanoma give symptoms?

Melanoma can go completely unnoticed by the patient as it develops on a freckle and does not cause any discomfort. In most cases, it begins as a freckle or nevus, but it usually shows different characteristics than the freckles that all people have. It is a freckle with a not very symmetrical shape, not round and regular, with irregular or poorly defined edges, with several colors inside (especially if one is very black).

It usually quickly reaches a larger size than the others—freckles (more than 6 mm – the size of a pencil eraser). Melanoma can appear on normal skin or arise from a pre-existing freckle or nevus. For this reason, it is as important to control suspicious freckles in people at risk as it is to examine the entire skin regularly.

How is it diagnosed?

The diagnosis of melanoma is made due to clinical suspicion after examining the skin and detecting a “suspicious” freckle with the characteristics described. For its confirmation, a biopsy is necessary, taking a sample of the lesion that is examined under a microscope. The skin biopsy confirms the diagnosis of melanoma and also assesses various parameters important for prognosis and evolution.

The most important is the thickness of the melanoma, that is, the depth to which the malignant melanocytes reach in the dermis. If this thickness or depth (known as the Breslow level) exceeds 1 mm, the melanoma has a higher risk of spreading to distant sites (metastasis). If the melanoma meets certain criteria and is considered at risk of metastasis, staging should be performed using the sentinel node technique.

In this procedure, a tracer is injected that identifies the first lymph node to which the area where the melanoma is located drains. This node is removed and analyzed, and it is looked for if there are metastases in it, that is if the melanoma cells have invaded it. The result of this test directs and indicates further treatment.

What does it depend on for a melanoma to spread through the body, metastasizing?

Although the behavior of melanoma is very unpredictable, in general, we distinguish “fine” melanomas, which do not invade the dermis, from “thick” ones, which descend deeply into the dermis. The former usually have a good prognosis, and only by excising them with an adequate safety margin will the patient be cured. On the other hand, the latter may have spread their cells to the lymph nodes, the blood or other organs at the time of being operated, with which the patient already has a distant disease that must be detected and treated.

Currently, melanoma is considered thick and has a worse prognosis when the invasion of the dermis (the so-called “Breslow index”) is greater than 0.75 mm. The depth of melanoma cannot be known until it is removed and analyzed under a microscope.

If melanoma spreads, where does it spread?

Melanoma is considered a type of cancer that can spread through the lymphatic system and the blood or the nearby skin to metastasize to the skin itself, in the nodes and other organs, such as the brain or lung.

How is it treated?

The initial treatment is always melanoma surgery, that is, its removal. The melanoma excision margins, that is, the area of ​​healthy skin excised around it, must be adequate to the thickness or Breslow level observed with the biopsy analysis. This means that, in many cases, when the Breslow level is known from the first biopsy, a second intervention will be necessary to widen the margins. Regarding subsequent treatment, in many low thickness melanomas (Breslow less than 1 mm), chemotherapy or radiotherapy should not be performed. In melanomas with a high risk of metastasis (thick melanomas and positive sentinel node biopsy), the behavior varies according to each patient.

How is high-risk melanoma treated or when it has already spread?

In more advanced stages, likely, the melanoma has already spread to the nodes or other organs. On the other hand, it is a tumor that is usually not very sensitive to conventional radiotherapy and chemotherapy. The classic management with chemotherapy or radiotherapy is based on destroying the cancer cells as much as possible, avoiding causing great collateral damage to the rest of the body’s cells. The efficacy of chemotherapy and immunomodulatory treatments (vaccines) used to date has been very limited. The only drug approved for the treatment of high-risk melanoma is interferon.

For this reason, we speak of treatment “made to measure” or “personalized” for each case. These drugs, as well as newer ones, can generally be given to patients in clinical trials. Not all of them are routinely administered anymore.

Tattoos On My Back, Will I Get An Epidural?

What Causes Itchy Skin – What Are Treatments?

Foods to Eat for Glowing Skin and Healthy Hair