Menopausal Skin: What You Need to Know

What Are The Costs of Getting Invisalign?

Have a Vitamin Deficiency? 3 Liquid Vitamins…

Skin Cysts and What to Do About…

10 Reasons Why You Shouldn’t Ignore Missing…

Hip thrust for your glute training 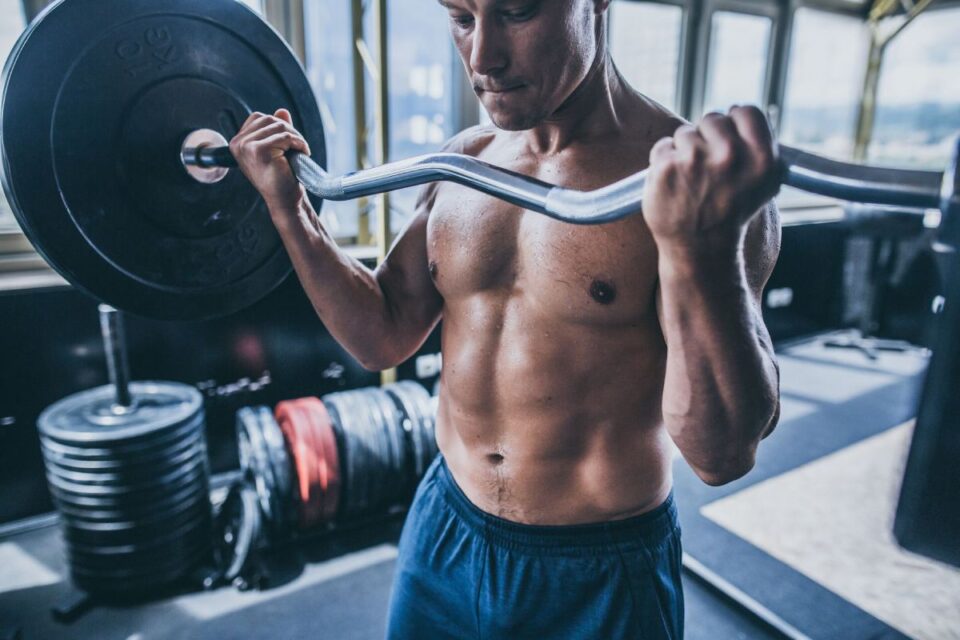 Z bar bicep curl is an exercise with many variables, and it can even be done with several different elements. Do you know how to use it for training?

The arms are an area of ​​the body that, when well worked, contributes a lot to the appearance. In this sense, there are many options for those who want to exercise them. Are you familiar with the Z-bar bicep curl, or have you ever heard of it?

Next, we will show you a series of tips and common mistakes to learn everything about this type of curl. If you include it in your routine, try to take them into account.

What is the Z-bar bicep curl?

Generally speaking, the Z-bar bicep curl is a variable of the conventional curl. This exercise is performed with another bar type, known as a “curved bar” or “W”.

Lewis G. Dymeck created the Z bar to make it easier to grip the straight or conventional bar. Although it may not seem very different, some people have grip problems due to the position of the wrists.

Aside from grip and shape, the Z-bar and the straight have some marked differences from each other. Generally, the Z-bar weighs approximately 12 kilograms, while the straight one weighs 20 kilograms. On the other hand, both have the right compartment to add weighted discs, but the Z bar resists less than the straight.

However, in terms of ergonomics – ease and comfort of grip – the Z-bar is much better. Additionally, the same exercises can be performed with both bars, including the bicep curl.

In addition to the above, according to a study published in the journal Peerj, the biceps brachii increases when performing the wave or Z bar curl.

Tips for the bicep curl

The tips to keep in mind are specifically geared towards execution techniques when it comes to the Z-bar bicep curl. Next, we will mention the most important ones.

Lean your back to the wall

Although not very common advice, it works to avoid slouching forward. All you have to do is stand with your back to a wall and immediately lean against it.

This support should be done while executing the movement of the bicep curl, especially in its eccentric phase. This is the moment when the bar is directed downward, and the arms are extended.

You don’t need to impress anyone or give them away to be the strongest. Try to start low and increase as you improve.

Generally, the weight used when performing the Z-bar bicep curl should be adjusted to the individual’s physical capabilities. The most appropriate thing is to start with the simplest and go towards the most complex, step by step.

Take care of position and grip

In principle, the Z-bar bicep curl is performed to change the grip of the hands from the conventional bar. Therefore, you should grasp the bar just by the internal indentations with the palm of your hands facing up. In addition, the arms should be bent at an angle of approximately 90 degrees.

With regard to the body, this exercise can be done standing or sitting. It is usually performed standing up, with the legs shoulder-width apart and the back straight. The elbows should be as close to the torso as possible when executing the movement with the bar.

Avoiding mistakes in the execution of the technique is very important to achieve good results and reduce the chances of injury. Therefore, we will teach you the most common when performing the Z-bar bicep curl.

Arch your back and move your shoulders forward

Ideally, when performing the Z-bar bicep curl is to keeps your back straight, preserving the natural curvatures of this structure. Therefore arching your back is a very common and counterproductive mistake.

The shoulders should not be carried forward, but they should be kept in a neutral position. Over time, this position only contributes to injury. It is likely that herniated discs appear in the spine or involuntary contractions in the muscles in the area if you fall into this technical failure.

Although the bicep curl focuses on the arms and shoulders, the torso region is also stimulated in an isometric manner. However, if you do not contract the abdominal and lower back, that stimulus will not have the same effect.

On the other hand, it is possible that if you forget this type of contraction, the posture when executing this variable of the curl is also affected. Therefore, there are 2 important reasons to prevent this technical error.

It does not matter that you have never done this arm exercise. Get to know it, familiarize yourself with the element, and start executing it.

As we mentioned, the first thing will be to monitor the posture. Then make sure you have a good grip and progressively increase the difficulty of the work. If you think you’re wrong, try to do it in front of a mirror or with the help of someone who is constantly supervising you.

5 Reasons To Get Veneers In Colombia

Exercises To Build Muscle At Home

Hip thrust for your glute training

How Does Pollution Affect Athletes?